The Finca Bellavista community concept was founded in 2006 by founders Erica Andrews and Mateo Hogan following a chance site visit. At the time, the 62-acre property was being marketed for sale as a timber harvest site. Both felt compelled to find a better fate for this enchanted land, which had a draw that neither has been able to explain ever since.

As neither had the financial means to purchase the land, they brainstormed ways to finance the purchase, and create a different method that would ultimately take the land out of the realm of possibility of being clear cut. Erica brought up the idea of creating a treehouse village within these trees, and envisioned something resembling the Ewok village in Return of the Jedi. 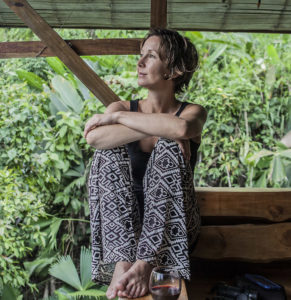 What seemed to be an outlandish idea was shared with mutual friends, who were eager to support and encourage Erica’s idea. Then word spread, and then the concept grew, and became inclusive of Mateo looking in to the logistics and legalities of moving forward with the idea.

With a dreamer and a doer at the helm, the vision of the community began to develop. 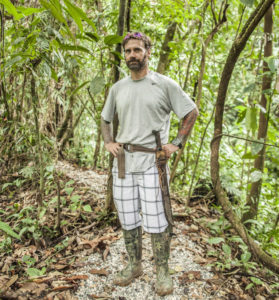 Erica and Mateo wanted to create a rustic, comfortable home where humans could co-exist alongside the animals and special inhabitants of the rainforest. Creating this rainforest immersion experience was in step with the existing traits of the property, and amplified the qualities that Mother Nature had already bestowed. With a decade of hard work, determination, sacrifice, and the support of Team FBV, the Finca Bellavista dream has developed into a reality. Since then, Finca Bellavista has become an off-grid paradise where people can live in the treetops and enjoy a life less ordinary.

The community now encompasses close to 600 acres, including an entire peninsula of rainforest mountain, frontage on two whitewater rivers, big trees, organic gardens, and lots of Costa Rican wildlife. A handful of dedicated employees, owners and friends have contributed their time, energy, and creativity in to making ‘the finca’ what it is today.