Introducing the Kinkajou – acrobatic carnivore of the treetops 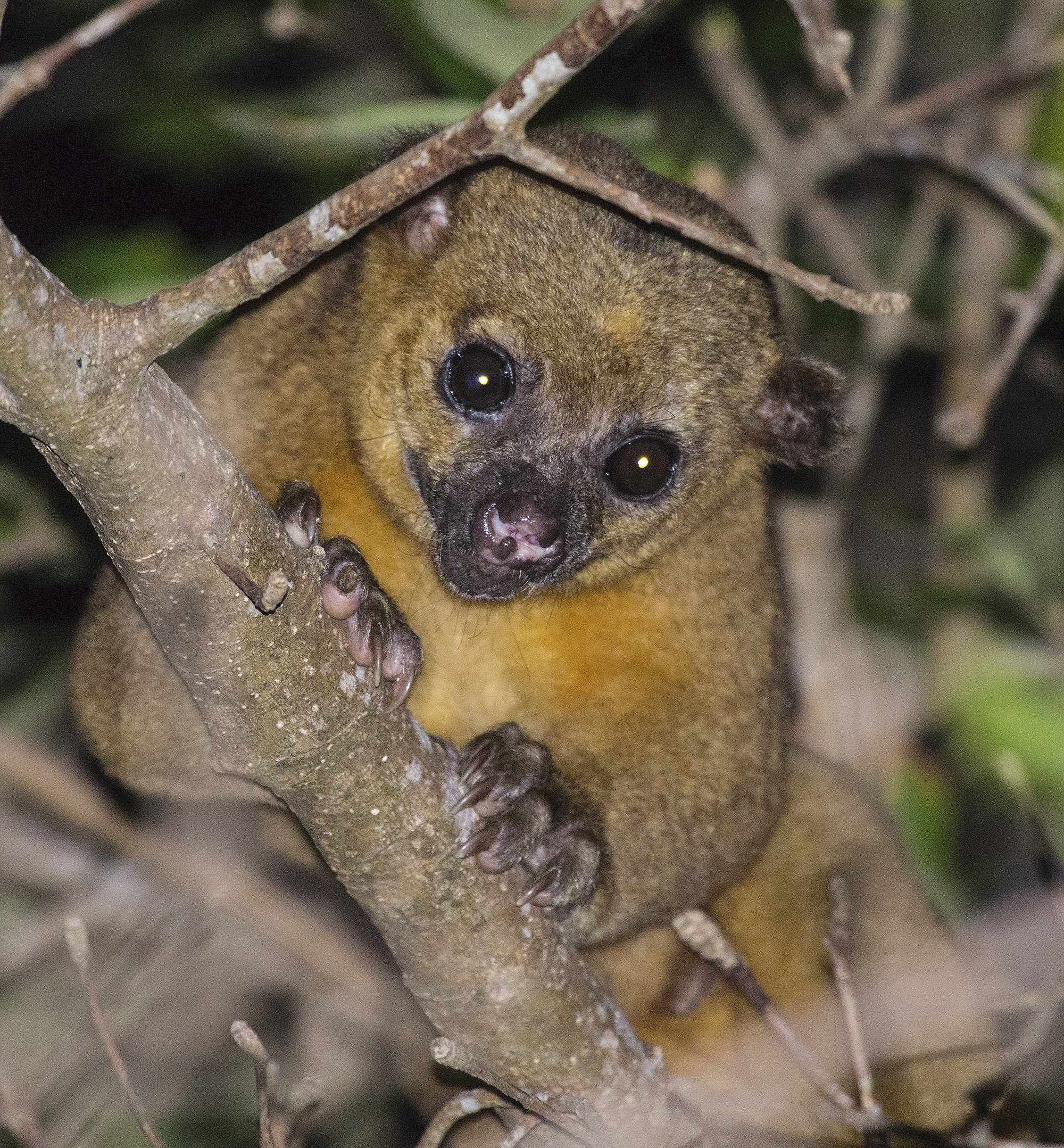 There really are few mammals more attractive than the Kinkajou, with its soft, golden fur, short face and big eyes.  Kinkajous are one of the most common and widespread medium-sized mammals in Costa Rica and other parts of Central America, but they are not very well-known, due to their nocturnal and arboreal habits.Kinkajous (Potos flavus) occur in groups that share a tree hole. Commonly two males and a female, sometimes with juveniles and subadults, cohabit.  These groups are territorial. The territory needs to be large enough to support the breeding female through a 4 month gestation and raising her 1-2 young for another 4 months.  It is thought that having an extra male to defend the territory may help maintain a sufficient space for the female. Group members separate at night to feed, but several individuals may visit a large fruiting tree without apparent conflict. The male has a scent gland on his throat that is used to mark his territory. Males do sometimes fight, and show alarm or aggression by barking; making a sound similar to a small dog that starts with a snort and follows with: “wick-a-wick-a-wick”. I’ve seen a male lying on its back calling like this after a victorious battle that caused the other male to fall out of the tree and into the creek below (he was OK)!

Guests at Finca Bellavista often ask where they might see a Kinkajou, or Martilla, as they are known locally.  First, check for fruiting trees. Sometimes you can locate these trees by day as they will be visited by toucans, parrots and other noisy birds.  The rambutan trees, which fruit in August, are very popular with a variety of forest animals. Several of these trees are located near the greenhouses and intersection of trails in that area.  Be sure to ask the staff about trees in fruit during your visit.  Kinkajous sleep in hollow trees near Casa Mariposa and Castillo Mastate, so if you are on your deck at dusk you may see or hear them emerge.  I’ve also seen them close to my house, El Fenix.  A bright light, preferably a headlamp, will allow you to see their orange reflective eyes.  A night walk on trails frequently allows sightings of these animals as they make their way through the forest.

Kinkajous have a prehensile tail, which means they can use it as an extra limb, and can actually hang freely from the tail. This may help them reach fruit on narrow branches.  Fruit is their main food source, but they also supplement with insects (especially ants), flowers, and nectar.  They have an extremely long tongue that may help them gather ants or other insects when fruit is in short supply. They have been seen grabbing bats that were visiting the same fruiting tree favored by the Kinkajous.

Despite their frugivorous habits, Kinkajous are carnivores related to raccoons and coatis (Family Procyonidae).  They are sometimes called honey bears, but they don’t feed on honey and are not closely related to bears.  They weigh about 3-7 pounds, less than some house cats, but appear larger when seen in the forest.  Kinkajous have few predators, although they are collected for the pet trade and in some areas the meat is considered a delicacy. 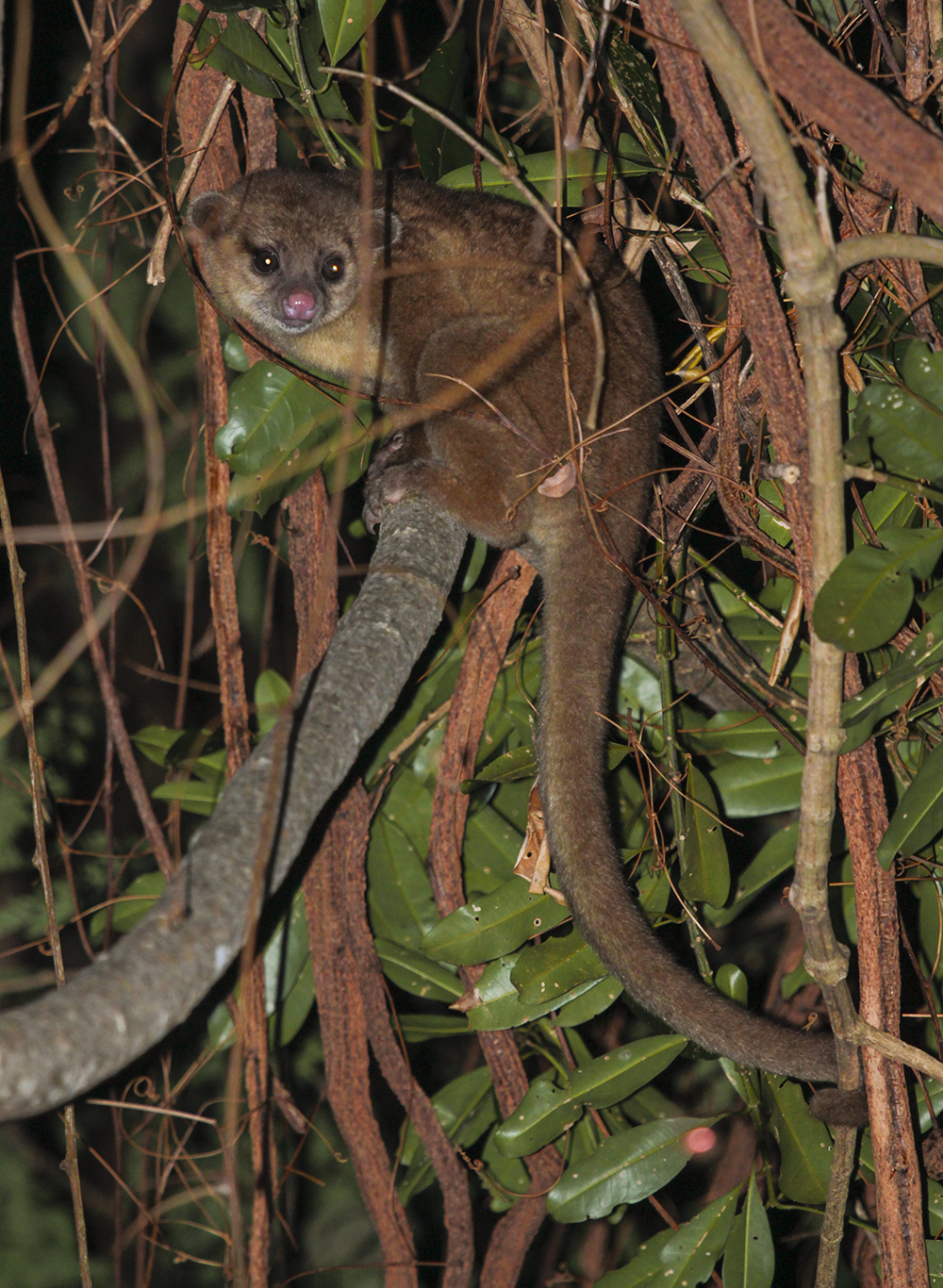 It is worthwhile becoming somewhat nocturnal while at Finca Bellavista in order to see one of these charismatic rainforest species. Good luck! 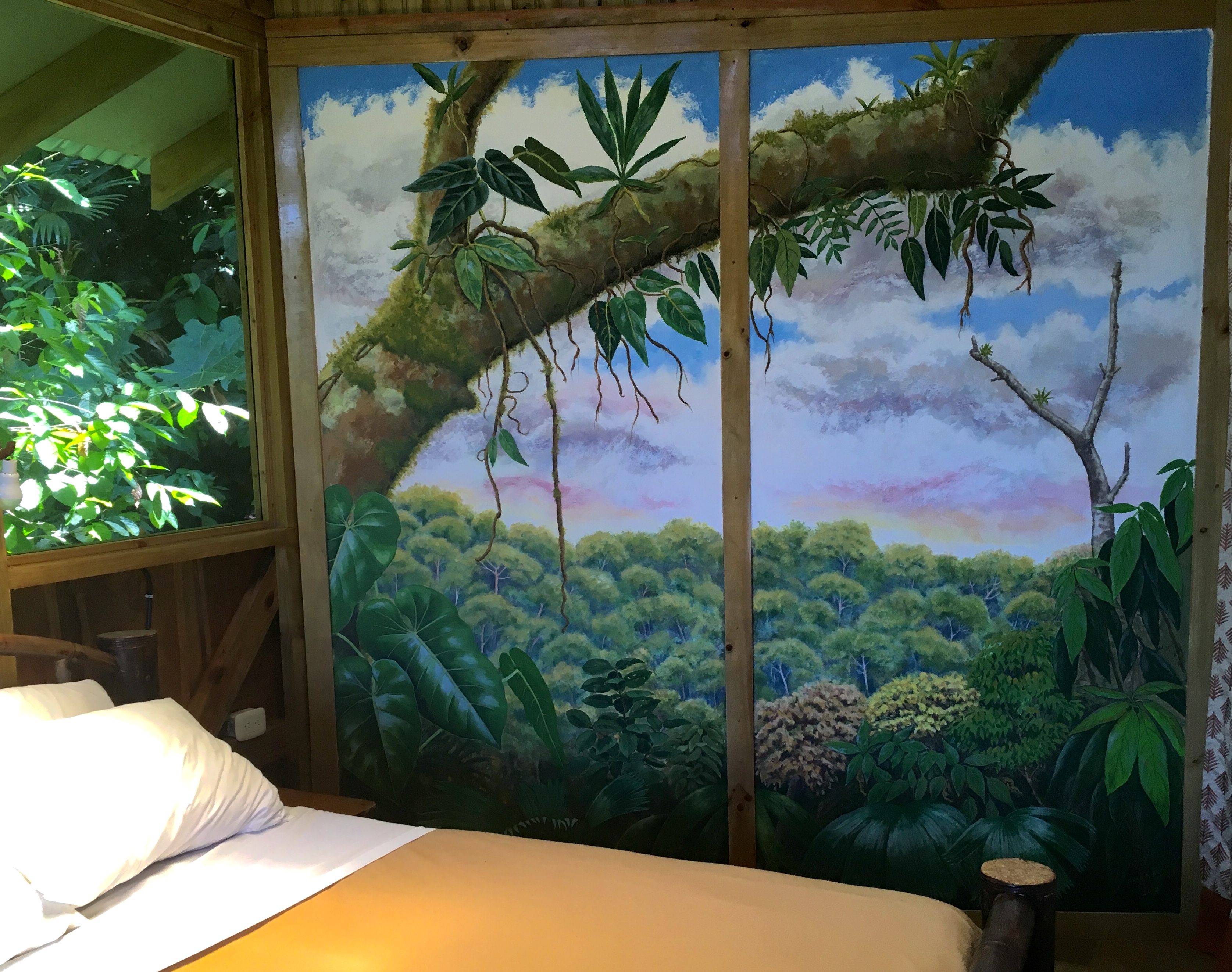